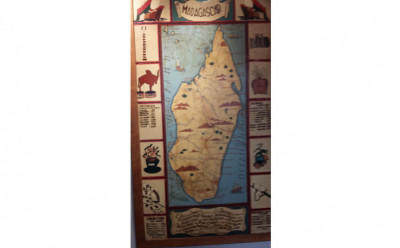 The use of vanilla dates back to the time of the Aztecs, long before the discovery of America by Christopher Columbus.

The Aztecs then cultivated vanilla, which they used to flavor cocoa dishes and drinks. They then called it "tlilxochilt".

During the capture of Mexico City (formerly Tenochtitlan) by the Spanish, it is said that the emperor MONTEZUMA made CORTES serve chocolate flavored with vanilla in golden goblets.

The introduction of Vanillier in Europe dates back to the middle of the 18th century by an English gardener by the name of Philippe MILLER.

After this, the plants are shipped to the respective colonies of the various European states and are then found in Reunion, Tahiti, Indochina, etc.

Unfortunately, all attempts to produce vanilla ended in failure. The vanilla blossomed, but never gave fruit, and it was beginning to be believed that the spirit of Emperor MONTEZUMA had made the vanilla infertile in the hands of white men.

It was not known then that flower fertilization required the intervention of Melipone bees only present in South America, and it was in 1841 that a young slave by the name of Edmond ALBIUS invented the artificial pollination process. vanillier.

Reunion became in a few decades the first vanilla center on the planet.

It was not until 1880 that Reunionese planters introduced the cultivation of vanilla in Madagascar, initially on the island of Nosy Be and then in the regions of Sambava and Antalaha which benefited from a more favorable humid climate.

Madagascar then becomes the world's leading producer of vanilla.

Even today Madagascar remains the major player in Vanilla and benefits from the AOC "Vanille Bourbon" which includes the vanilla of the Planifolia variety grown on the soil of Reunion, Madagascar and the Comoros.