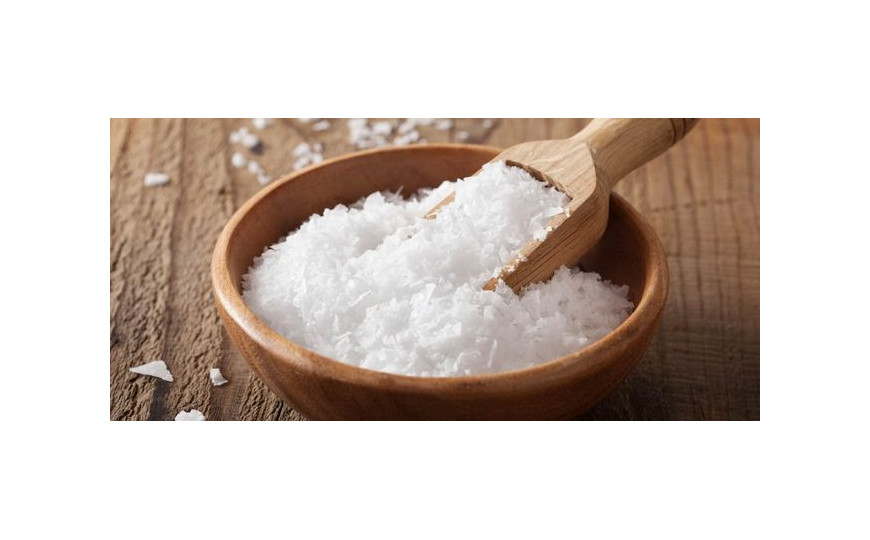 Everything you need to know about fleur de sel

Fleur de sel, in addition to being beautiful, is good! Often used to season our savory and even sweet dishes, fleur de sel is full of virtues. These pearls of the sea make their contribution in the fight against obesity and cardiovascular disease.

Fleur de sel is different from others because it has a soft and moist granular structure. Where does this seasoning come from and what is the difference between fleur de sel and coarse salt ?

True salt marsh nectar, fleur de sel corresponds to the fine and light crystals that form on the surface of the marshes. Native to the island of Guérande (France), fleur de sel is produced by hand. Each year, the salt workers pick the fleur de sel using a lousse, a tool comparable to a skimmer, at the end of the afternoon.

As it is formed on the surface of water, fleur de sel does not come into contact with clayey water, unlike coarse salts, and thus retains its beautiful white color.

100% natural and rich in trace elements, fleur de sel is full of benefits for the body.

For many, if fleur de sel is 100% natural, how does one explain the fact that it is available in pink? The pinkish (salmon) hue is caused by the spread of a microscopic red algae that accumulates carotenoids, often linked to a scent of violets.

The difference between coarse salt and fleur de sel

We do not immediately differentiate between coarse salt and fleur de sel. While both originate from seawater and have a coarse-grained structure, their similarities are limited to that.

First, the sizes of the two types are not the same. The dimensions of the coarse salt are between 1 and 6 mm unlike the fleur de sel which is between 0 and 4 mm.

In addition, coarse salt being produced on a large scale is a relatively inexpensive product. Contrary to popular belief, fleur de sel is produced by hand and is therefore very limited.

Apart from the source and the manufacturing method, fleur de sel has the particularity of dissolving more quickly during cooking than coarse salt. This is mainly due to the fact that the grains are soft and the fleur de sel is moist.

Fleur de sel is often used as a finishing touch on dishes. Fragrant and flavor enhancer, this product will enhance your savory dishes and give depth to your sweet dishes.

Another advantage is that fleur de sel is an imperishable product. To ensure that it retains its flavor, we recommend that you store it in a stoneware or terracotta jar.

Sambavanilla propose you quality fleur de sel which comes directly from the Ifaty salt flats in Madagascar! The fleur de sel is flavored with Madagascar vanilla, kaffir lime and ginger or with pink berries and pepper, you will find your happiness in our online grocery store.