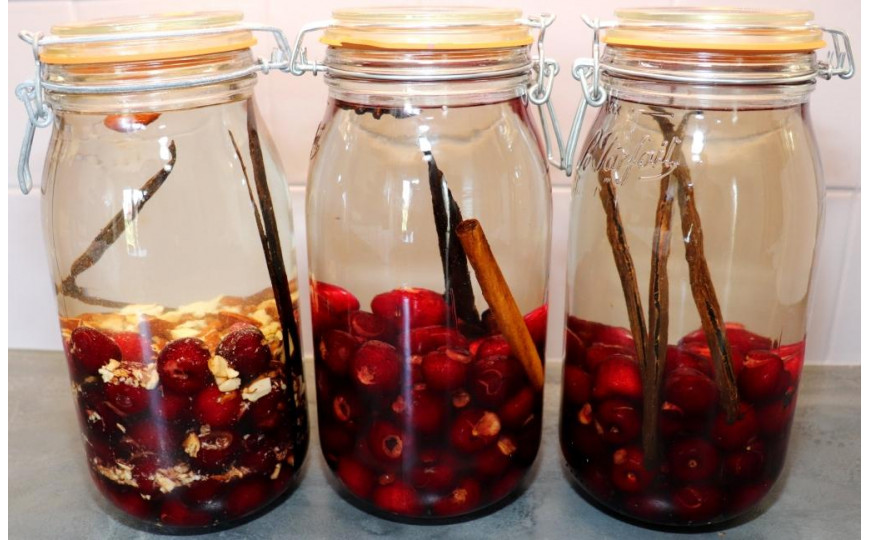 The time of cherries is back

He came back the time of cherries…. When the fruits are fully ripe, it’s time to think about AR (arranged rum).

At the start of the season, Burlat cherries are ideal for preparing your arranged rums. The fruits are juicy and their flesh is ideally scented.

For better maceration, we recommend pitting the fruit and cutting it in half. The stones bring a slight bitterness which could disturb certain sensitive palates.

We invite you to discover some of our favorite recipes. Do not hesitate to marry the cherries with character spices, you will be amazed at the result obtained:

Place 750 grams of cherries in a jar with a cinnamon stick and 2 star anise.

Add a split vanilla pod of pompona and 15 cl of cane sugar syrup.

Fill with the rum of your choice and leave to macerate for at least 3 months.

Cinnamon and star anise develop strong aromas and the AR should be monitored and the spices removed before they become too present. Vanilla will take longer to release its flavors.

A little sweetness with the following recipe which reminds us of grandma's clafoutis.

Rum with vanilla and almond cherries.

For this recipe, we have chosen Vanuatu vanilla whose fruity flavors will go very well with the cherry.

Place the 750 grams of pitted cherries in a jar and add the 2 vanilla pods from Vanuatu after splitting them in half.

Fill the jar with a white agricultural rum and leave to macerate for 3 to 4 months minimum.

A little wink in Madagascar with the third recipe.

This recipe requires a longer maceration time of at least 6 months. We have selected 3 gourmet vanilla pods which will gradually diffuse their vanilla aroma during the preparation. Wild pepper will bring power and a hint of citrus.

Place the 750 grams of cherries in a jar then add the 3 split vanilla pods.

Top up with 15 grams of Voatsiperifery wild peppercorn  then 15 cl of cane sugar syrup.

Fill the jar with the white rum of your choice and close the jar tightly.

Wait patiently for 6 months, tasting the preparation from time to time.