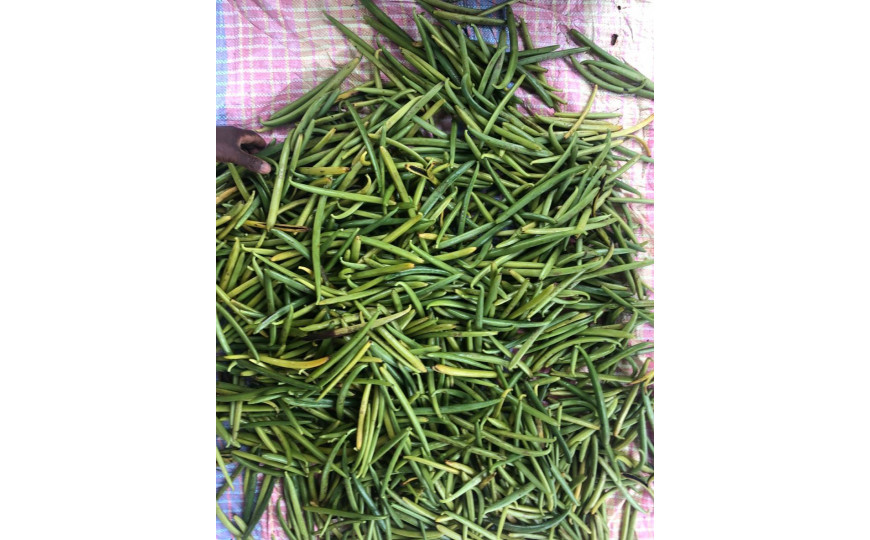 As the harvest of green vanilla begins in sea side areas today, the Covid 19, which has been invited to the Red Island for several months, may well disrupt this new season.

The 2020-2021 vanilla campaign, which was originally scheduled to start on May 15, has already been delayed by 10 days in order to put into practice all the directives of the Ministry of Agriculture and Trade. Actually, the production areas are not directly affected by the pandemic, which is mainly concentrated in the capital Antananarivo.

Despite, the whole country is working in slow motion. Air traffic between SAVA (vanilla production area) and the capital is practically non-existent, and, as the road is impassable, vanilla must now be transported by sea to reach the capital. On the eve of the export closure scheduled for May 31, the latest freight operations are more than tense.

If the disease is not physically present in the production areas, the main concerns of the vanilla sector revolve around prices. Producers want to maintain a high price for green vanilla in line with previous years, but processors do not mean it that way. They prefer to be cautious face to the global economic crisis which is taking hold and fear a sharp fall in the prices of vanilla which had already "started the previous season.

It takes about 6 kg of green vanilla to obtain one kilo of vanilla prepared after about 6 months of work. The vanilla harvested now will therefore not be marketable until the end of the year. The visibility of the 6-month vanilla price remains particularly uncertain and transactions risk being strained for some time between producers and processors before an agreement can come to fruition.

The good news in this context of economic tension is that we can expect quality to improve significantly. The frequency of theft of green vanilla is declining, as is the harvest of immature vanilla. We can therefore expect a good 2020 vintage.