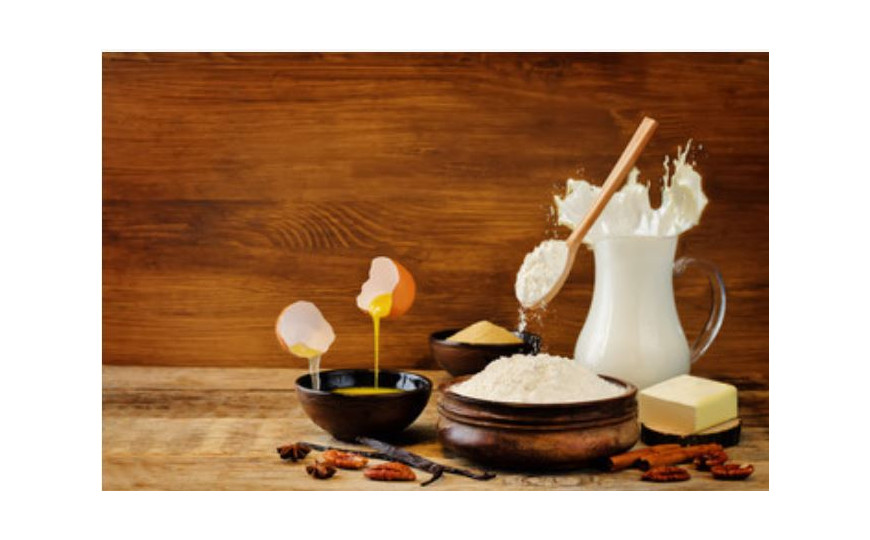 Where does the magic cake come from?

The magic cake is a traditional dessert originating from the Charentes and more generally from the South-West of France. It was called "millasson" because it was made from millet flour.

Why is this cake magic?

It is now called the magic cake because it consists of a single preparation which will split into three different textures during cooking: The flour and egg yolks will first form a layer of custard at the bottom of the mold. The milk will form an intermediate creamy layer and the white egg whites will form the sponge cake in the upper layer. So there is a little magic in this cake, you can't find!

Slowly heat the milk with the previously split vanilla pod and let it steep for an hour.

In a saucepan, melt the butter and let it cool down.

In a bowl, separate the whites from the egg yolks.

Add the caster sugar and vanilla sugar to the yolks and the water and whisk until the mixture turns white.

Incorporate the melted butter in the preparation then stir.

Then add the flour and salt while continuing to stir.

Pour the milk and whisk to obtain a homogeneous paste.

Recover the vanilla pod and scrape the seeds then add them to the preparation.

Beat the egg whites until stiff with a pinch of salt.

Pour into a mold of your choice.

Bake for 50 minutes then let cool.

When ready to serve, you can sprinkle the cake with icing sugar and add the decorations of your choice to enhance the magic of this cake.